Home
Uncategorized
8 Underwear Mistakes You May Be Making

Many people don’t change their underwear as often as they should. In fact, some have admitted that they wear the same pair of panties for 2 days or longer. But besides re-wearing your skivvies before washing them, there are some other mistakes most of us are unknowingly making when it comes to underwear.

We admit that we’ve rarely thought about the unpleasant side effects of choosing the wrong pair of undies. But after doing this research, we’ll never underestimate the importance of underwear again. 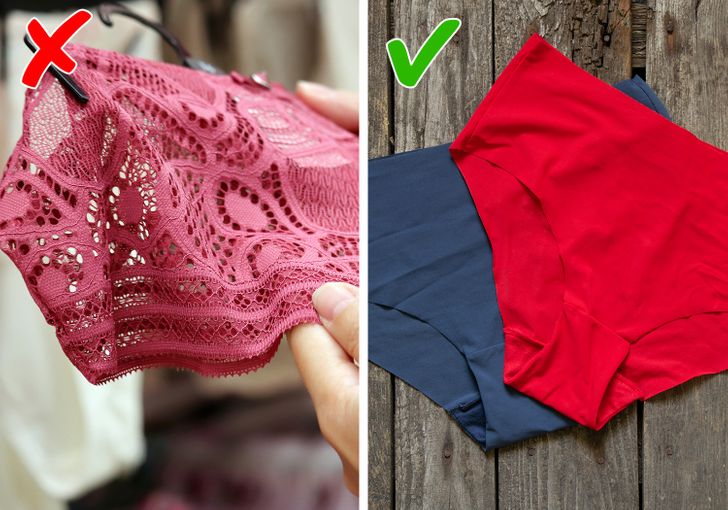 © Depositphotos.com, © Shutterstock.com
Although lace underwear may look better than cotton panties, wearing them comes with some pretty serious health risks. Because lace and other synthetic fabrics absorb sweat easily and aren’t breathable, it creates the perfect breeding ground for bacteria around the private area. This, in turn, may lead to skin irritation and various infections. If you don’t like cotton underwear at all, make sure that at least the crotch of your panties is lined in cotton, as this can prevent yeast infections from developing.

2. You’re wearing the wrong underwear to the gym. 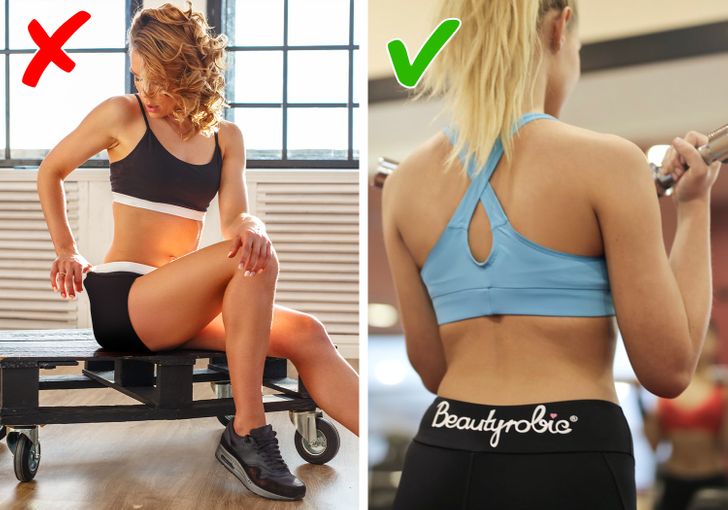 © Depositphotos.com, © Unsplash.com
Chances are you spend much more time choosing cute gym clothes than making sure your underwear are suitable for a workout. When it comes to picking your underwear, it’s better to not size down, as tight skivvies trap moisture which may lead to skin irritation. It’s better to opt for underwear that are made of natural fabrics and that don’t make you feel restricted. And don’t forget to change your underwear after a workout, because vaginal discharge and sweat can make your private parts feel itchy.

3. You throw them into the dryer. 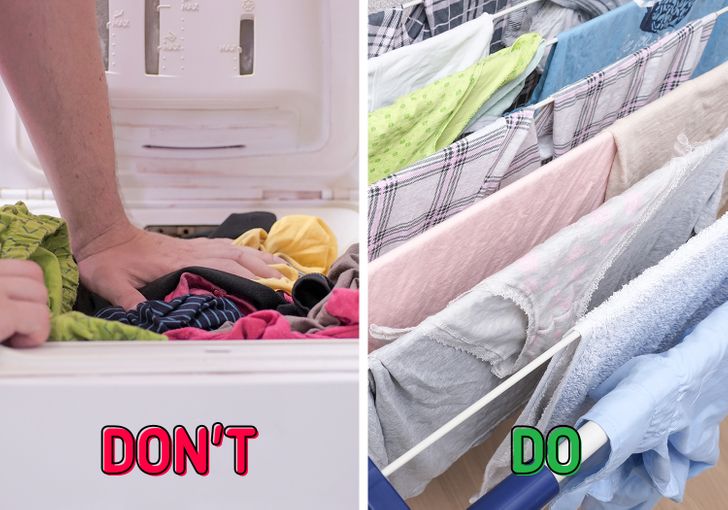 © Shutterstock.com, © Depositphotos.com
Throwing your underwear into the dryer is the quickest way to dry them, but it also means your delicates won’t last long. Heat breaks down the fabric and causes them to shrink, leaving you with underwear that looks saggy and shapeless. It’s better to put your underwear on a drying rack, and since they’re small it won’t take long for them to dry. 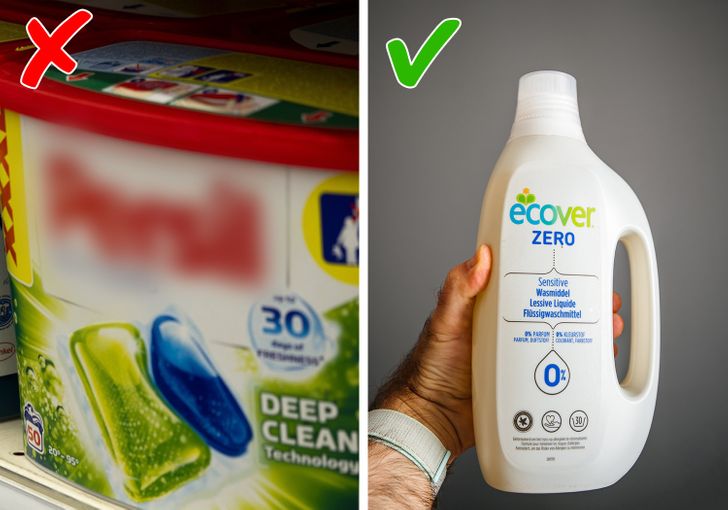 © SOPA Images/Sipa USA/East News, © Depositphotos.com
Another underwear mistake you may be committing while doing your laundry is using a detergent that makes your skivvies smell like flowers. These artificial fragrances in your detergent may cause rashes and allergic reactions and make your private parts itchy and irritated. Because the skin around this area is more sensitive, it’s better to opt for fragrance-free hypo-allergenic detergent.

5. You’re wearing the wrong cut for your body.
Just because a certain style of underwear is trendy or looks good, doesn’t necessarily mean it will suit you. Ill-fitting underwear will not only give you annoying visible panty lines, but it can also cause various skin conditions and urinary tract infections. 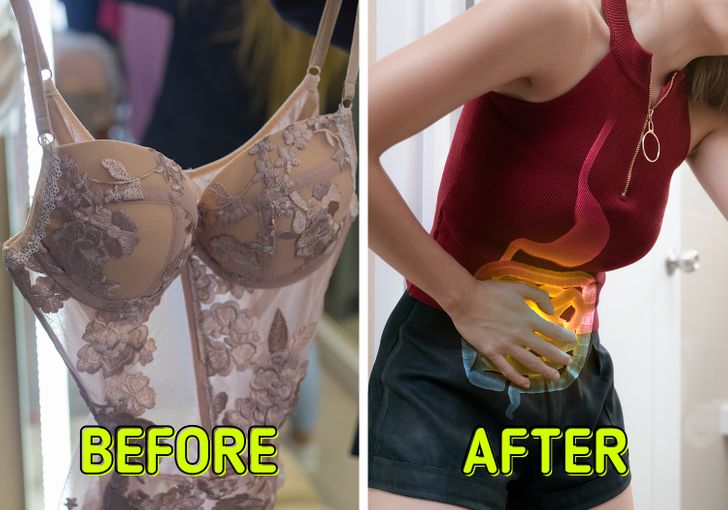 © Depositphotos.com, © Shutterstock.com
Although Spanx may make you look gorgeous while wearing a dress, it can also cause some serious health damage if you wear it often. Shapewear compresses your body and puts extra pressure on your bladder, meaning you have to use the bathroom more often. It also causes nerve compression which, in the worst-case scenario, can lead to long-lasting pain.

7. You sleep in your underwear. 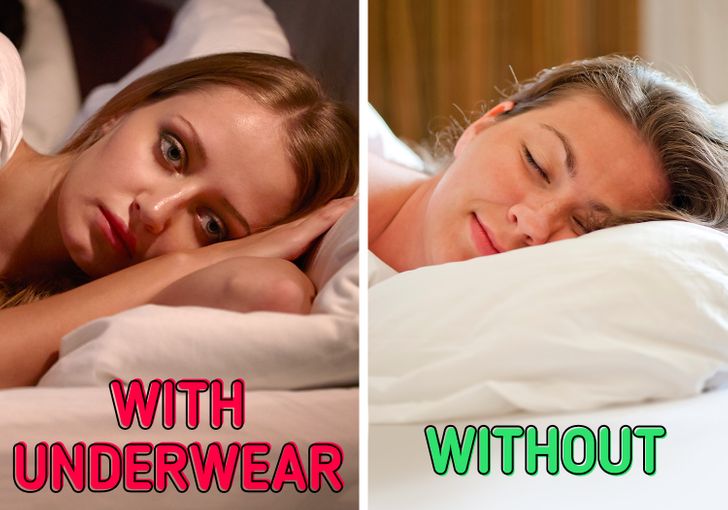 8. You choose underwear with raised seams.

© Depositphotos.com, © Shutterstock.com
Although a lot of little details, like lace and ruffles along the seams, make your skivvies look cute, choosing seamless underwear is better for your skin. Tight elastic bands can rub and irritate the skin, and if these irritations go deep they may eventually lead to scarring.

How Many Dates You Have to Go on Before Finding Your True Soulmate, According to a Scientist

10 Things All Women Deserve In A Man